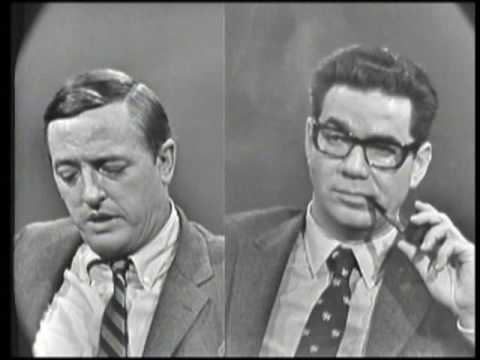 So there’s this guy I know.

He’s angry (by his own admission), and he listens to a lot of talk radio. And since Obama’s gotten into office he’s shouted a lot about how the President is just like Hitler and also a Marxist and is orchestrating a devious takeover of the entire country with his PC tyranny and NO ONE IS BLINKING ZOG ZOG ZOG. There’s a lot of the same ignorance-of-actual-fact that you see in any online political diatribe: asking why “none of the liberals care that Obama is doing X” on the same day that everyone from DKos to Glenn Greenwald rips Obama a new one for doing X, for example. It’s like asking why conservatives didn’t care when Bush tried to change the immigration system: saying it just demonstrates you don’t actually know any conservatives, or even pay attention to what they say about any given issue or event.

His latest screed, though, gave me pause. At Whitehouse.gov, the administration is asking people to contact them via email if they receive chain letters or other disinformation about the proposed health insurance reform bill. There’s a lot of patently false FUD floating around, and they would like to counter it as quickly as possible.

The Obama campaign set up a similar program during the primaries and the general election, when email chains and talk radio call lines were buzzing with rumors like “Obama is a secret Muslim” and “Michelle Obama gave a sermon and shouted, ‘death to whitey!’” Getting a heads-up from people who heard those rumors allowed them to debunk them quickly, before the falsehoods hit critical mass – a sort of rapid-response version of Snopes.com. Today, the rumors are things like “Obamacare forces the elderly to commit suicide to save money” and “The health insurance bill will make it illegal for you to get experimental treatments!” Patently false, but vigorously shouted on every corner by people who think it’s okay to lie if you’re lying about bad people. I can understand why they’d want to deploy a similar approach to the one that worked well in the campaign.

In the eyes of the talk radio jockeys that my friend listens to, however, asking people to forward disinformation to them is Orwellian repression of free speech. Ignore the fact that no one is talking about “snitching on neighbors” or “stifling dissent.” The idea of finding out what false statements are being made about a proposed bill is apparently enough to cry, “Police state!”

Personally, I think the problem goes much deeper than any particular policy debate, any particular issue. Ultimately, it’s about the erosion of the concept of debate in our culture, the devaluation of what conservatives commonly call the “Free Market of Ideas.” Long ago, marketing swallowed rhetoric in the national consciousness. Now policy debates and important national issues are decided via choreographed ritual dances on morning television, talk radio, absurdly shallow press conferences, and ten-second CSPAN clips. Hell, when Obama actually talked policy at a recent press conference, TV pundits complained that he was “too wonky” and “too dry.”

With depth of analysis out of the picture, the “war of ideas” is really the “war of marketing campaigns.” witness Frank Lutz’s influence in the Republican Party and Lakoff’s being heralded as some kind of genius for announcing that people are influenced more by ‘rhetorical framing’ than actual content. 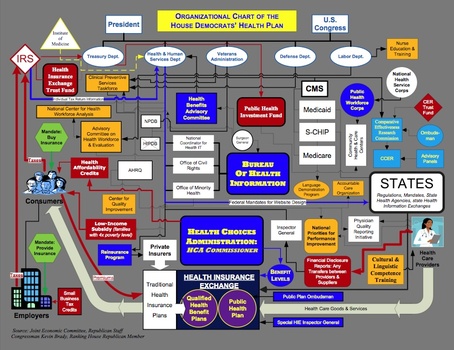 This isn’t new of course. But what’s growing, in my opinion at least, is the active and vigorous embrace of this vacuousness. The eagerness to abandon any responsibility to the truth as long as it accomplishes the goal of selling an audience on one’s message. Witness the recent Bizarro-world information visualization put out by Representative John Boehner’s office: a bewildering tangle of flowchart-boxes and wildly colored arrows purporting to represent Obama’s ‘Health Care Bureaucracy.’ The people who seemed most angry at it weren’t liberal activists – they were graphic designers, people who consider it their jobs to communicate complex ideas visually. Boehner’s office wasn’t trying to explain something to the people who viewed the chart. It was an attempt to exploit what we know about how people process information to purposefully confuse them in the middle of a national policy debate. It’s the Anti-Tufte.

Which brings us back to my friend’s rant about the White House’s “Orwellian” attempt to “suppress dissent.” This was, he claimed in his forward, an attempt to take away his freedom of speech.

At what point, I ask, did “Freedom of Speech” become “Freedom to say untrue things and not be contradicted?” In what bizarre world are those two things the same? I guess when you stop caring about accuracy and truth, and your only rhetorical weapon is volume, having people respond to you with facts is pretty debilitating.

Is there any way to fix our national discourse? Any way to cut through the nonstop noise? I don’t know. And that troubles me.