The subject of female sexualization in computer games comes up a lot, and all-too-frequently, guys respond with helpless confusion. Lara Croft is just an adventurer – she can’t afford to wear constricting clothing when she’s fighting! Bayonetta? She has to be naked: her clothing reforms into an offensive weapon when she fights! Dead Or Alive Beach Volleyball? Well… they’re… on the beach!

This age-old dance played out recently in a Kickstarter project for an RPG. Concept art was posted, and a few fans noted that the barbarian heroine’s low-cut plate-armor bustier was a bit unbelievable. 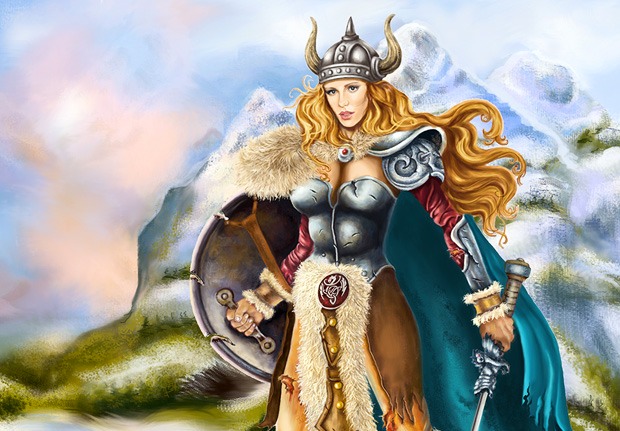 The artist responded, explaining that people just didn’t get the backstory.

Here’s the thing you are completely missing. This is actually a desert scene from the Bleached Sand Desert, but she has been caught in a Freak Storm spell conjured up by the evil sorcerer Malvicious, which terraformed the area and made it snow. In addition he vaporized the upper layer of her armor in the fight, which consisted of a very precious metal that he required to fuel his Mana.

Hey, we’re just the game’s creators. We can’t help the fact that in the concept art we created, an evil wizard made the heroine’s shirt vanish. That’s just the way magic works!